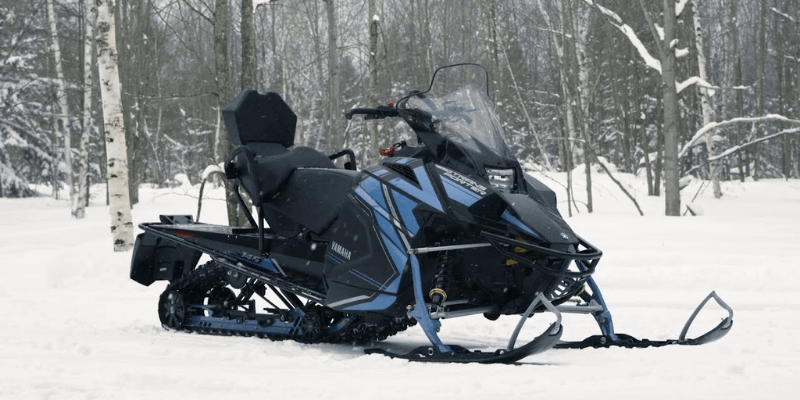 A touring snowmobile is a specialty type of sled designed to be used for long-distance riding purposes. These machines will have specific features such as extra cargo capacity and comfortable designs that benefit riders who travel far on them.

I’m an avid snowmobiler who has been around these machines since I was a kid. I have a lot of experience with different sleds and have owned several touring snowmobiles. I know through first-hand experience what they are used for.

In this post, I’ll explain what a touring snowmobile is in detail to give you a better understanding of when and why you might want to ride one. This is good information for new riders or anyone who wants to learn more about the different types of snowmobiles.

Let’s get on the trail and get started.

What is Snowmobile Touring

Touring can be where you go on a long day trip that covers many miles of trail riding. It can also be multi-day trips or races where you cover hundreds or even thousands of miles. Long-distance riding is a great way to experience the winter, and snowmobile touring is just that.

While it’s possible to cover long distances on many different types of snowmobiles, particular models are specifically designed for this. Those are known as touring snowmobiles, and they are made for the long haul.

Touring snowmobiles aren’t always that different from a mechanical perspective, although there are engines that are better suited for longer distances. But several other design characteristics separate these from other sleds.

Touring snowmobiles are almost always longer than other types of sleds. This is for several reasons, both of which involve carrying more stuff with you on a long-distance ride.

This sled style has a two-person seat that can easily accommodate two riders at once. This is key for transportation purposes because there is a good chance you’ll need to bring several riders on a single sled.

The added length also allows you to fit more gear and equipment on the machine. These can be anything from extra fuel to cold-weather gear to camping equipment. You never know what might be needed on an extended ride, and the extra length is advantageous here.

Since snowmobile touring involves being on a sled for extended periods of time, touring snowmobiles are built with rider comfort in mind. They have added features and functions that help you stay comfortable on long rides.

Touring snowmobiles will have the most comfortable seat pads that you can find. Your butt will be well taken care of when you have a well-cushioned seat. The seats are often heated, increasing comfort if you like that feature.

The suspension on touring snowmobiles is also generally designed for comfort as well. This means that you can expect a smooth and stable feel when riding, which decreases fatigue and helps you stay more comfortable for longer.

There are also several mechanical considerations to keep in mind with touring snowmobiles. Reliability and performance are essential since you’ll likely be far from help on a long tour.

Touring snowmobiles will typically have an electric starter to ensure that the engine starts up at all times. They also can come with a reverse gear, which is pretty rare in all other types of snowmobiles.

Depending on your preferences, you can typically choose from several different engine types when getting a touring snowmobile. But some people will tell you that 2-strokes are more reliable than 4-strokes, although I think they can be very comparable these days.

Touring snowmobiles can also come with any number of extra features that come in useful for long hauls.

They often have features like stereo systems and larger windshields. This can give you something to listen to when you have hours to go while better protecting you from the elements to keep you comfortable and warm.

Each touring snowmobile model can have optional features that you might or might not want when you purchase new. Customizing your sled is a great way to get every feature that you’ll think you’ll need for touring purposes.

The Downside of a Touring Snowmobile

While touring snowmobiles are great for their intended purpose, there are some downsides you should be aware of.

A longer snowmobile is harder to maneuver, so these sleds aren’t great to use when you need to navigate tight terrain. This can take some getting used to if you have never operated a long snowmobile.

Touring sleds can also be pretty expensive because of all the extra features and functions they have. They are not typically available at budget prices, so you’ll need to be ready to spend a fair amount to get your hands on one.

Touring snowmobiles are built to work really well for long-distance riding. They are made with comfort and performance in mind and also have an extended length that gives you increased cargo capacity and the ability to haul two riders easily.

If you are going to cover extended distances in the snow, a touring snowmobile is a good option. Just be ready to spend some money, because they aren’t cheap.