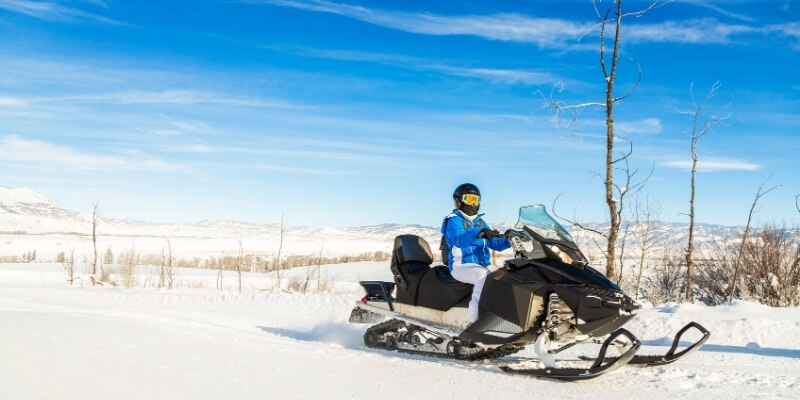 A snowmobile that sits over the summer, or even longer, will probably need a little extra attention before starting it up again. With a handful of easy steps and precautions, you can make sure not to damage the engine and have the machine running strong.

I’m Chaz, a snowmobile aficionado with nearly 30 years of experience riding and wrenching on these machines. I’ve left a snowmobile sitting for quite a while and have learned how to approach starting it up through my own experience and talking to other riders.

In this article, I’ll show you how to start a snowmobile after it’s been sitting. Following all of these steps isn’t always necessary, but a little extra prevention can help eliminate more significant issues later on.

Dust off your sled, and let’s get it started.

Engines run better when they are used consistently. Oil and fuel move throughout all of the engine’s components to properly lubricate everything and work out gunk and sludge.

When an engine sits for an extended period, all sorts of issues can arise. Fuel lines and other hoses can begin to corrode, rust can build up, and creatures might even nest inside for the long winter (this has happened to me more than once).

It’s essential to perform a basic checkup on your snowmobile before starting the engine after it’s been sitting. You might not think that a few months in the garage can cause many problems, but ideally, you should start the engine once a week, even during the warmer months.

How to Start a Snowmobile After Sitting

The following steps are suggested tips that I recommend completing before starting your sled after it’s been sitting. These don’t necessarily need to be completed in a particular order, but I would go through each one before turning over the ignition.

If your snowmobile has old fuel sitting in the tank, it can pose issues when trying to start it. Fuel can leak out, become corrosive, and lose its lubricating properties.

With the fuel tank empty, check on the fuel lines and make sure they have not been corroded. If you see cracks or any other signs of wear, replace these lines before starting.

If a snowmobile has been sitting for a while, the carbs will need a little attention. This can be bad because they can begin to rust or seize up.

Before starting your sled, remove the carbs for a good inspection to make sure they look normal. With the carbs removed, I would give them a good cleaning even if they look ok.

Some people simply look at the carbs when still attached to the engine. This is ok, and you don’t necessarily have to clean them. But I would recommend it as a precaution and for general maintenance.

Spark plugs are another essential piece of the engine that makes it start. Without properly working spark plugs, you won’t get a spark to fire the engine. Spark plugs can corrode and not function if left sitting for a long time.

If the plugs looked corroded, rusted, or otherwise out of whack, replace them. They are cheap and easy to get ahold of. You can also check if they are sparking by watching them as you start the engine. But complete all of the other steps here before doing this.

When you have the spark plugs removed, put some oil into the cylinders to lubricate them and help the engine function properly once it is started. Oil can drip away from these cylinders when it sits, so it’s always a good idea to give them a little extra before starting.

If you know that the snowmobile has been sitting for a long time, I would put penetrating oil into the cylinders and let it sit for a few days before attempting to start. You can use WD40, Liquid Wrench, or even transmission oil for this.

This is another step that isn’t absolutely necessary but still definitely recommended. Before starting the engine, take the time to replace the fuel filter and air filter to breathe some new life into the machine when it does get up and running.

6. Check airbox and exhaust for animals

This one is not a joke. Mice, rats, even squirrels can den up in a sitting snowmobile for the winter. I’ve removed several nests from the exhaust pipe and airbox over the years and have started an engine before doing this.

If you notice any signs of animal life, I would suggest poking the nest area with a broomstick or other long object to make sure the critters are out of there before you stick your hand inside.

Once you have completed all of the previous steps, you can pull the cord or turn the ignition to start the engine. Let everything warm up nicely before increased the throttle. Treat it gently, kind of like a bear waking up from a nap.

The sled might sputter and die a few times as the fuel pump gets primed, so just be patient if it doesn’t start the first time. Even if you’ve done all of the steps above, it can still take several attempts to get the engine to start.

I’ve seen snowmobiles start right up after sitting for a long time, and I’ve also seen them basically fall apart. A little effort before starting can go a long way toward ensuring your machine’s longevity and proper performance.

If you want to make sure that your engine stays in the best shape possible when you aren’t riding, you should start it up a least once a week and let it get to operating temperature. Even if it’s just making noise in your garage for 15 minutes, this can help in the long run.

Do you have any suggestions for starting a snowmobile after it’s been sitting that weren’t mentioned here? Let us know in the comments below! 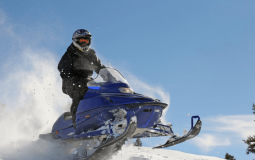 How to Jump a Snowmobile 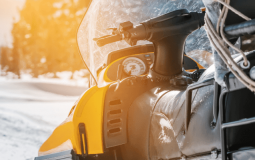 How to Clean Snowmobile Carbs 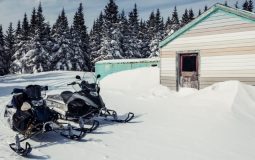 How to Summerize/Store a Snowmobile 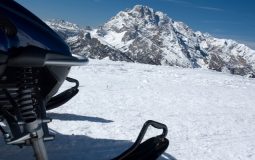 How to Remove a Snowmobile Clutch Without a Puller 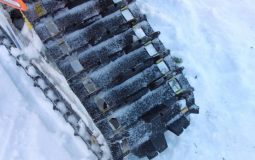 How to Stud a Snowmobile Track 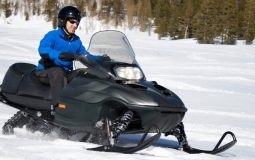 How to Ride a Snowmobile 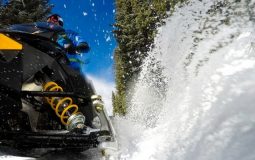 How Does a Snowmobile Clutch Work? 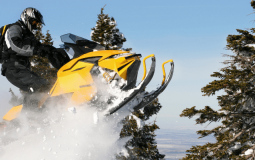